“Get in your theaters, the street is not yours: the struggle for the character of the public space in Tunisia.” 2018. Nordic Journal of Dance. http://www.nordicjournalofdance.com/ 2018.

My research has pulled from the fields of psychology, social sciences, neuroscience, philosophy, and Feminist scholarship.

Heather Harrington has an MFA in dance from the University of Wisconsin-Milwaukee and a BA in psychology Boston University. She danced with 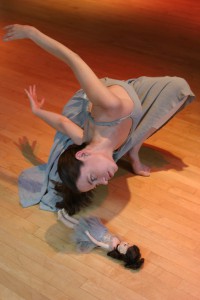 Her choreography has been presented by various venues nationally and internationally.

She has received grants from Meet the Composer, The New York State Council on the Arts, The Bossak/Heilbron Charitable Foundation, L.J. Skaggs and Mary C. Skaggs Foundation, and the Harkness Space Grant from the 92nd Street Y. She has been a resident choreographer for The Yard’s Bessie Schonberg Choreographers and Dancers Residency, Kaastbann International Dance Center, and the Hotel Pupik series in Austria.

Harrington has created a number of site- specific pieces including Giscard Games  for the Lower Manhattan Cultural Council, across from the New York Stock Exchange on the stairs of Federal Hall Memorial, where dancers depicted the culture of stock traders.   At the Center of Architecture, Harrington created a  piece celebrating the collaboration between architects and performance artists, and at Wave Hill, she created a trio, Tumble Blue On Me,  on the steepest hill for the Dancing in the Streets series. In 2003, Harrington’s evening length work inspired by the character of Lady Macbeth, Imitations of Drowning, was presented by Danspace Project to a live score by Quentin Chiappetta fully utilizing the architecture of the Church with sets designed by Illya Azoroff.  The fall of 2014, she was asked to choreograph a site specific piece, Melt at the Grounds for Sculpture in Hamilton, NJ for the Outlet Dance project and the in 2013, she created  a gun violence protest performance, a part of  Art=Ammo  at Washington Park in Newark, NJ.

Harrington is also a figure skater, she grew up as a competitive figure skater. Harrington became  a figure skating coach and a dance teacher at Sky Rink Chelsea Piers in 1997 where she taught group and private lessons and was a Silver Ice Skating Institute Judge. She also skated, choreographed, and taught for the Ice Theatre of New York, an ice skating company devoted to presenting dance on ice.  With Ice Theatre she skated in a duet by Ann Carlson.  In 2001, she received a grant from the New York State Council on the Arts (NYSCA) through Ice Theatre of New York to choreograph a new piece,”Once Again“. This repertory piece was performed in the Company’s Home Season at Sky Rink and in the Concert Series at The Rink at Rockefeller Plaza.  She also created a quintet titled the “The Lottery”  which I also received a New York State Council on the Arts grant.  She was also a figure skating coach, dance teacher, and choreographer for Figure Skating in Harlem, Prospect Park in Brooklyn, and the Sports and Arts Program in NYC.

She trained in Pilates and Gyrotonics and is certified by the Kane School of Integration.  She has additional certifications in pre/post- natal Pilates from the Center for Women’s Fitness and The Pink Ribbon Program  for Breast Cancer Survivors. She has taught at numerous studios in NYC including Broadway Pilates, Body Evolution, Project Pilates, and Chelsea Piers and currently in New Jersey at Clain Pilates, Core Pilates, and Align Pilates.  Her students have included elite skaters, professional dancers, senior citizens, and Parkinson’s disease patients. 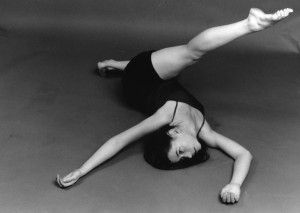 I am always amazed by how the body can move and function. I realize that it is the one body I will have and that it will carry me through all stages of my life, being altered by age and experience. The immediacy of having my canvas be my body is a kinesthetic experience that becomes a conversation between my life experience and my art.  I have danced for both for artistic expression and for self expression. I do believe there is a direct link between our emotions and movement, and I would like to reveal to students the wealth of information that can be obtained either for self expression,  self integration, cultural identification, or the pursuit of art.

My focus has been on creation, teaching, and finding what role dance plays in society. My passion is in helping others discover their own voices through movement. My aim is for students to form their own personal relationship to movement, searching for a mind/body connection. I continually ask my students, “what are you communicating?” I want my students to feel something authentically, to reach inside, to dig into their personal archaeology–to find through physicality some kind of message, whether that be abstract or literal. As a dance educator, I teach the students to move, and inherent in movement is change and transformation. In teaching movement, I am teaching action, building circles of influence; the body, the mind, the space, the classmates, the theater, the public space, the society.

We move to make our impact on the world and others. I would like to share my knowledge of the body, the art of choreography, and the rich techniques of Martha Graham and Bella Lewitzky. I have had the gift of working with Pearl Lang, learning and dancing Doris Humphrey’s choreography, dancing with the Martha Graham Ensemble, and dancing the last two years in the Bella Lewitzky Dance Company where she choreographed her last solo for me.  I feel a debt to these amazing women because of the knowledge that they shared with me and I feel the need to pass it along to another generation. Dance is an art form that relies on this passing of knowledge through people and not through textbooks, documentation, or any form of technology. In an age where we are becoming more and more dependent on technology, dance is a  form that brings us back to our essence–our body and our interaction with one another.  As life gets noisier and more complicated, I see the importance of stripping away to what makes us move and why.

“There is a vitality, a life force, an energy, a quickening, that is translated through you into action, and because there is only one of you in all time, this expression is unique”.

Heather Harrington is a choreographer who explores the inner world of the individual. She searches her  body for movement that will reveal an emotional state, finding that when she discovers unhinged, disjointed shapes, it is almost like she has opened her body so much that information is revealed. She weaves movement into psychological stories that speak on a primal, intuitive level working to lead the viewer into a world of memories and dreamlike associations.

Harrington’s choreography comes from a personal place, her body. Her movement history has been informed by years as a competitive ice skater, her college studies as a psychology and philosophy major, and her experience with repertory from the legends of modern dance: Pearl Lang, Martha Graham, Anna Sokolow, and Bella Lewitzky. Harrington’s combination of competitive skating and classical modern training is unique. She explores shape and design in a different way because of the visceral sensations that she receives on the ice by being able to cut through space with ease and constant momentum. Harrington does not use music or stylized phrases of movement to guide her through the development of a piece. She relies on her own exploration of her body around particular themes and emotions. Thus each piece becomes its own unique statement with its own movement language. The audience is drawn into a physical world that leads them into images that trigger particular emotions and thoughts.

Harrington approaches her dances with a vulnerability and abandon that she wants the audience to experience. She feels that the intimate situation of seeing the human body at such close view with no special effects, is something that the modern society needs in order to connect with their humanity and spirituality.

2021 – Invited to present my paper “Consumer Dance Identity: the Intersection Between Competition Dance, Televised Dance Shows and Social Media” at the Women in Dance Leadership Conference Oct. 22, 2021 in Chicago. Cancelled and reschedule for 2022.

2020 – Invited to present “Moving from the Personal to the Public” with Nadra Assaf at the Fifteenth International Conference on The Arts in Society, at the National University of Ireland Galway. Canceled due to COVID.

2018 – Selected to present a lecture with Nadra Assaf, “Our Bodies, Our Voices: Virtual meets Real,” at the 6th annual Somatic Conference in Geneva, NY, July 10-13.

2018 – Selected to present a lecture/performance with Nadra Assaf entitled, “Unraveling Embodied Terrains: An Insight into Female Protest, Resistance and Survival” at the Dance Studies Association’s conference, “Contra: Dance & Conflict” at the University of Malta in Valletta, Malta, 5-8 July 2018.

2018 – Selected to perform Glass Bodies in the Dancer-Citizen Live: Moving the Map, at the The Clemente Theater in NYC.

2017 – Performed Our Bodies, Our Voices in the Next festival, Gulbenkian Stage at the Lebanese American University, Beirut, Lebanon, August 28.

2017 – Presented a lecture/performance in collaboration with Nadra Assaf entitled Embodying Feminism in the 21st Century: Perspectives from the East and the West at the University of Gothenburg, Sweden, June 14, 2017, as part of the Nordic Forum for Dance Research’s conference “Dance and Democracy.”

2017 – Presented a lecture entitled “Get in your theaters, the street is not yours: the struggle for the character of the public space in Tunisia”, at the University of Gothenburg, Sweden, June 14, 2017, as part of the Nordic Forum for Dance Research’s conference “Dance and Democracy.”

2015 – Selected as a choreographer for the Outlet Dance Project’s Performance series at the Grounds for Sculpture.

2014 – Selected as a choreographer for the Outlet Dance Project’s Performance series at the Grounds for Sculpture. 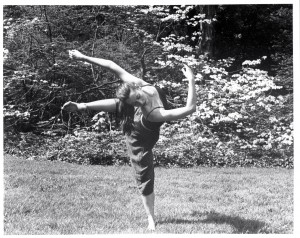 2002 – Residency at the Hotel Pupik in Sheifling, Austria